Geffrye Museum of the Home |Christmas Past 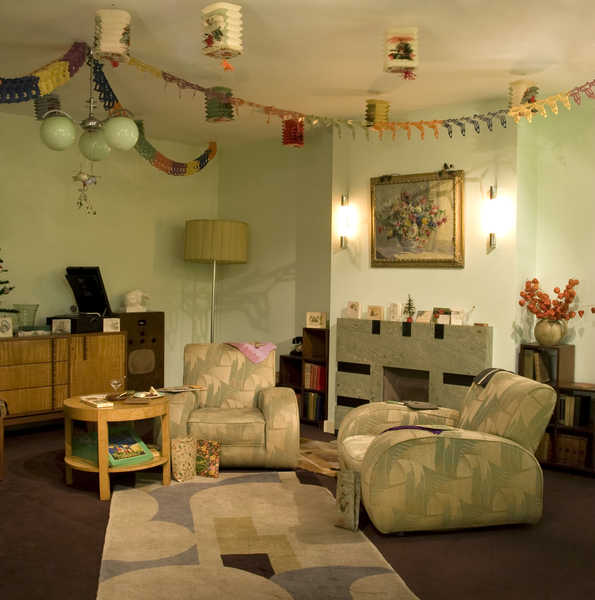 The Geffrye Museum of the Home features of 11 parlor rooms of middle class London families from different periods in the last 400 years.  It shows the history of design, as well as the evolution the “middlings” — the growing class of merchants, doctors and lawyers. This time of year, each room was decorated for Christmas. We were in London for a week and visited several museums, a couple of which I will be blogging about here. 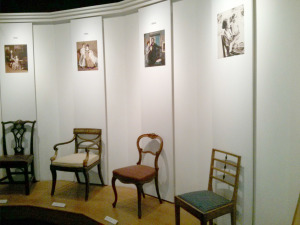 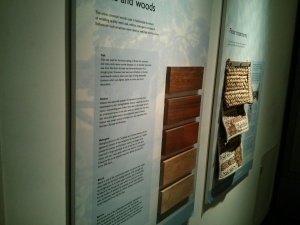 Each parlor is preceded by a room with panels explaining the objects in the historical room and their significance, a brief history of the period as well as in-depth explanations of the evolution of certain materials and furnishings. Included were descriptions of how the middle class evolved, their activities and relationships within the household.

It was interesting to see the how the celebration of Christmas at home evolved over time. During the Interregnum in the 1650’s, the Puritans banned the celebration of holidays, such as Christmas, entirely. We can see how English Christmas slowly incorporated traditions from other countries, such as the Netherlands’s St. Nicholas Day traditions, the German Christmas Tree (popularized by Queen Victoria’s Consort, the German Prince Albert), and the Santa Claus from the American poem “Twas the Night Before Christmas”. As time progressed, and children became the focus of the family, decorations went from subdued to taking over the entire room. 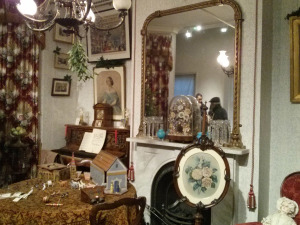 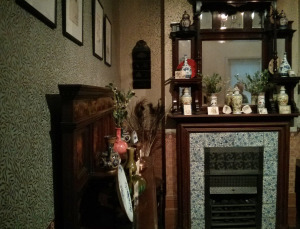 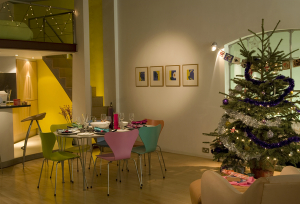 I was fascinated by the pendulum throughout history between ornate and simple styles. From the late medieval to the puritan to the neoclassical to the baroque to the aesthetic movement then onto art deco and modernist minimalism, each generation rejected the previous, wishing to show its sophistication. 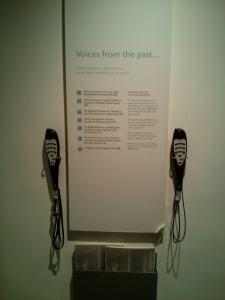