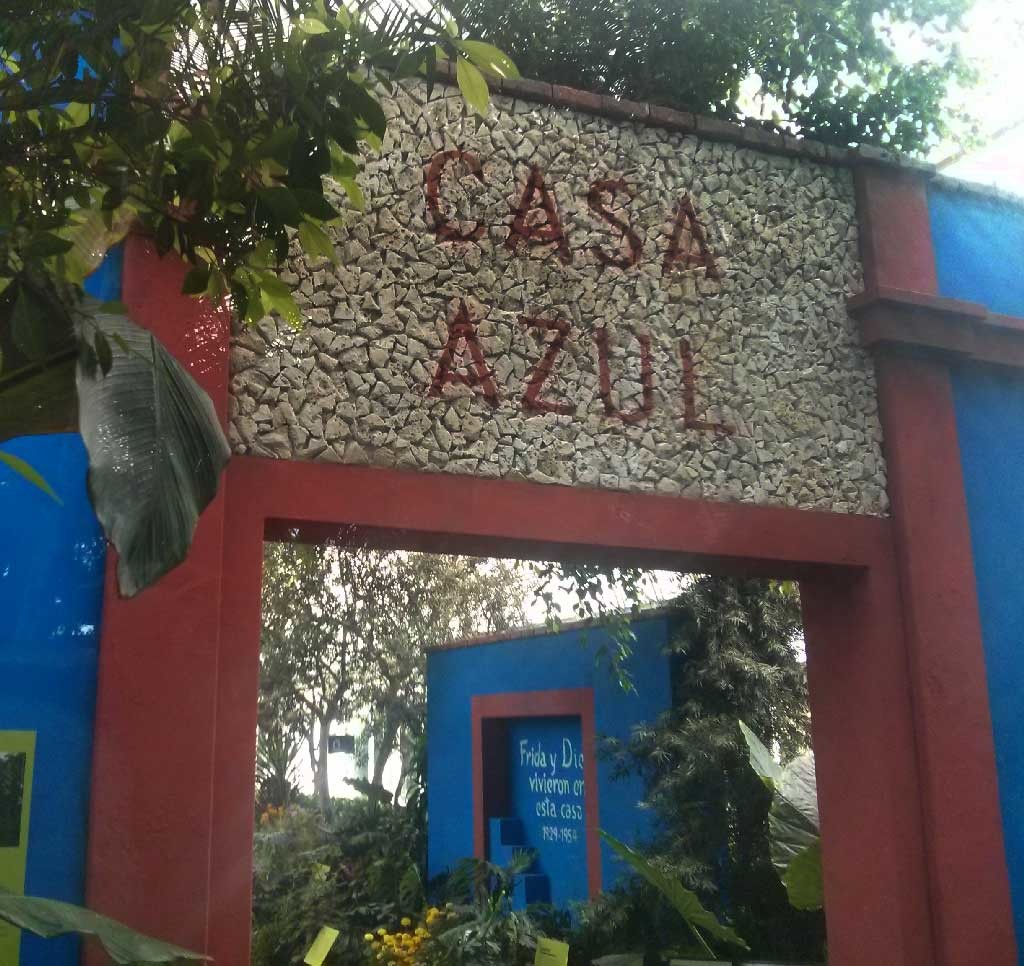 This exhibit has many levels: first there is Frida Kahlo’s artwork, both still lifes and portraits, on display in the Library. Second, in the Conservatory, there is a collection of plants from Frida’s home: the Casa Azul. Thirdly, special signage in English and in Spanish highlight all of the plants from Mexico throughout the Botanical Gardens. Finally the museum has given a Mexican theme to their restaurants and gift shop. 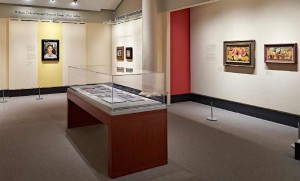 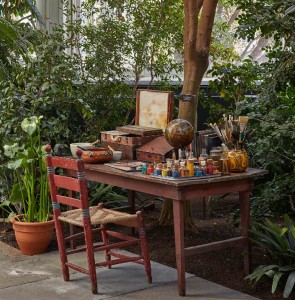 There were only a few pieces of artwork by Kahlo on display, and most were not her best known. The pieces were chosen to make a point about her interest in plants, both for their symbolic value and for their visual appeal. Many were works on paper, such as she would have made at her desk, which the museum has reconstructed. 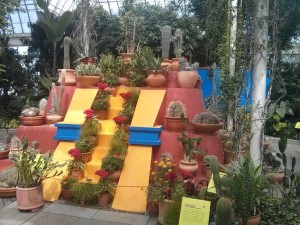 An evocation of the pyramid at the Casa Azul 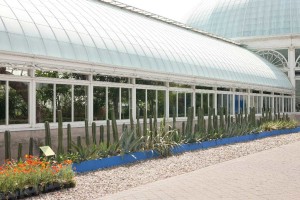 Cacti and succulents on display in the Conservatory Courtyard
Photo by Ivo M. Vermeulen

The museum has tried to capture the essence of the Casa Asul, both with plantings and with colored walls. They have reconstructed a little pyramid that Diego and Frida had built for their garden. While the original was used to display Diego’s collection of Mexican antiquities, here it is used to display the various plants that were grown in the garden at Casa Azul. And in the outdoor courtyard of the Conservatory, there is a recreation of “fence” made of organ pipe cactus that Diego and Frida had in their home in San Ángel.

In some ways, this show is like the Detroit Institute of Arts exhibit I wrote about recently — Diego Rivera and Frida Kahlo in Detroit — both exhibits use Frida Kahlo’s artwork to highlight items in their permanent collection — Diego Rivera’s Detroit Industry mural in the case of the DIA, and the Mexican plants at the New York Botanical Garden. In other ways, it was similar Monet’s Garden an exhibit that the NYBG put on a few years ago featuring paintings by Monet, and waterlilies growing in the Conservatory. 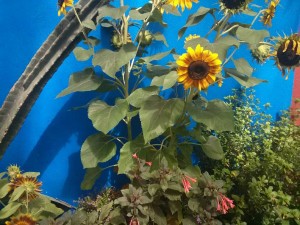 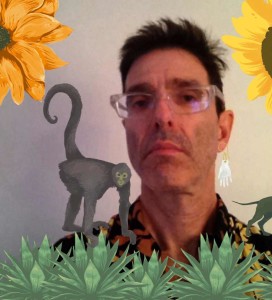 The Botanical Garden has created a mobile guide specifically for this exhibit — a web app that only runs on tablets and phones. It consists of a tour with curator narrated videos, an exhibit map, and a Frida Selfie feature where you can “Make your own masterpiece”, taking a selfie and adding plants animals and accessories inspired by Frida’s paintings. This is, of course, to relate Frida’s self portraits with today’s selfie fad, as well as to bring an element of fun to the guide and to the exhibit.