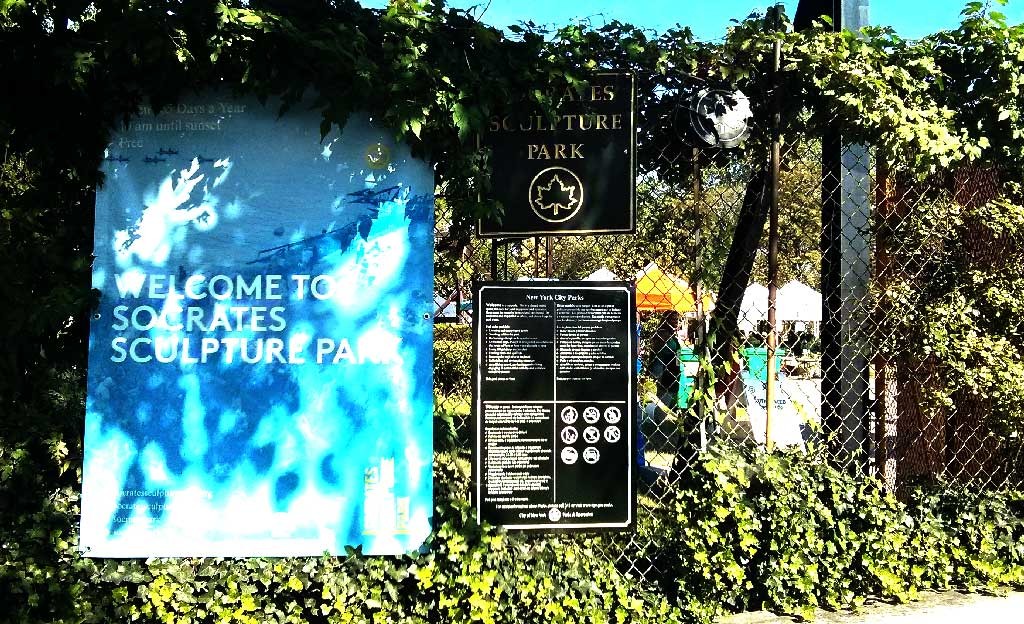 The Socrates Sculpture Park is not just space for outdoor sculpture like, for instance, Storm King Art Center — it is as much a city park as it is a sculpture garden. The morning we were there, people were playing with their dogs around the sculptures (dogs are allowed off-leash until 10am), there was a yoga class in among  Torqueing Spheres.  There was also a farmers market and a composting event going on. A posted calendar of events includes art classes, as well as kayaking and movie nights. This is truly a park for the community, and the sculpture on exhibit is both accessible and very interesting. 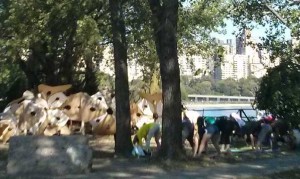 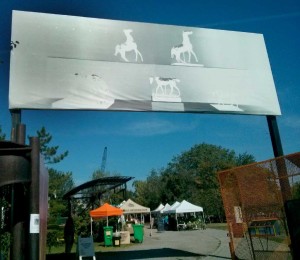 One of the most striking pieces is The Living Pyramid by Agnes Denes. This 30 foot high pagoda-shaped pyramid is covered with grass and garden plants and is crowned by a sprinkler. Large patches of the grass was burnt out by the time we visited, adding a random element to this piece. 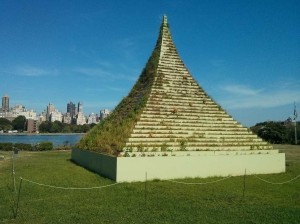 The Living Pyramid by Agnes Denes 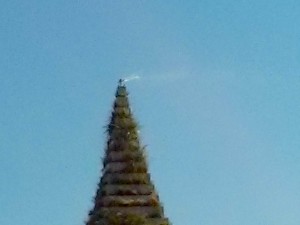 Sprinker on top of The Living Pyramid by Agnes Denes

Another piece I enjoyed was Two Trees in Balance by Gabriela Albergria. At first glance, I thought this was a tree with a concrete wall acting as a sort of framing device. But when I went over to look at it, I discovered that on there were two trees cabled together in balance, one on each side of the wall. Then I realized that these were not live trees or even dead trees, but rather pieces of dead trees, strapped together in a way that reminded me of Frankenstein’s monster. 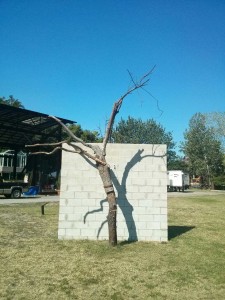 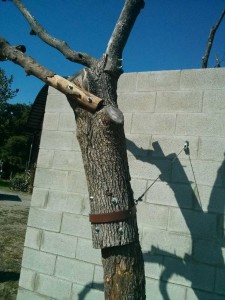 One final piece was Suspect Terrain by Heidi Fasnacht which was made of pieces of broken plywood surfaces mounted at angles and a model house sunken into the center. On the one hand it made me think about the fragility of the earth, and of natural and man-made disasters. On the other hand there was an interesting contrast between the almost schematic black and white painting with half-tone dots of decay and the actual physicality the broken boards set at precarious angles. 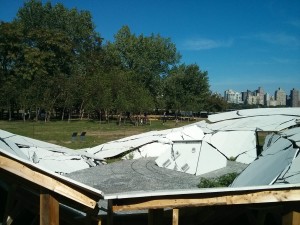 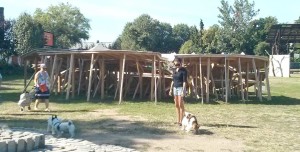 Overall, it was fascinating to see how Socrates Park balances the idea of public art in a park with the similar but different idea of an outdoor museum or sculpture garden.