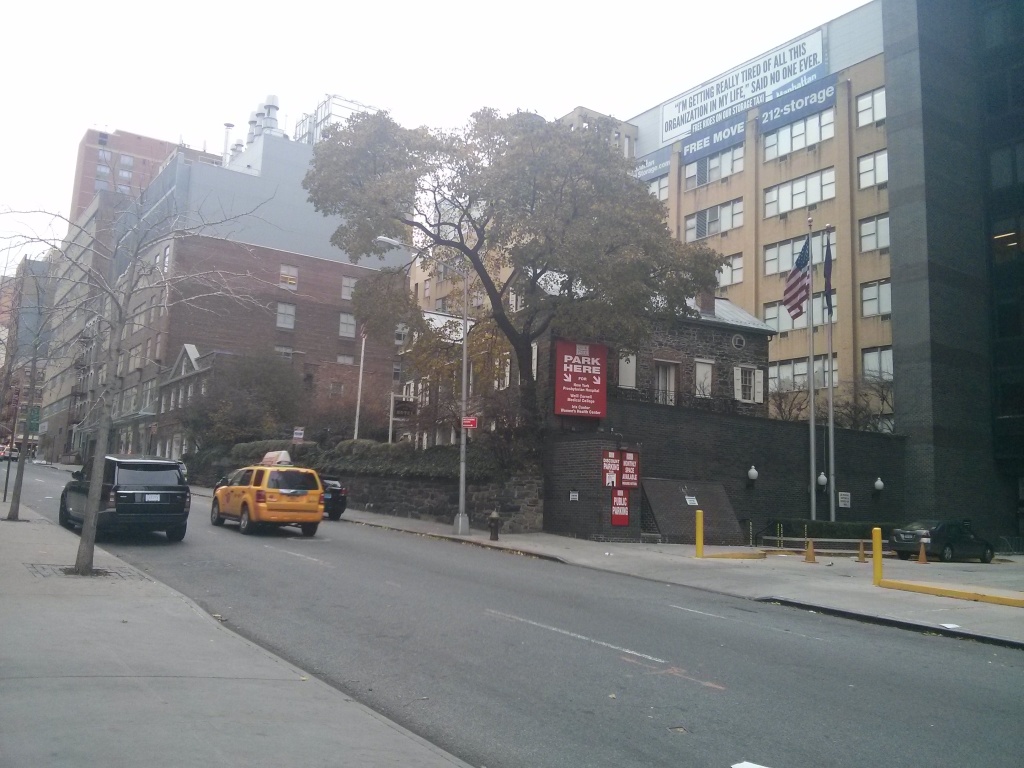 Across from two 42 story black glass apartment buildings, down the block from Bed Bath and Beyond, and in the shadow of the 59th Street Bridge, this house from the 1800’s stands out like a sore thumb on this block, near 61st Street and Sutton Place on the Upper East Side. Whenever I’ve passed this building, I’ve wondered about it, and this week was my opportunity to visit. 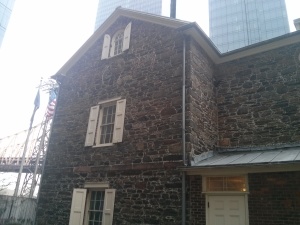 Rear view with high rise apartment buildings across the street. Click on the photo and look closely between the top two windows and you will see the date 1799 in the stonework. 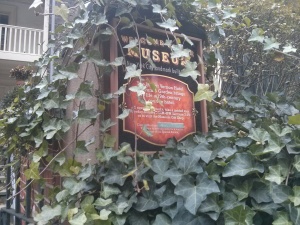 While the building was built as a barn in 1799, the house museum presents the period from 1826 to 1833 when this building was run as a hotel.  A few hours by stagecoach, sailboat or steamboat from the center of the city, whose limits at the time did not extend above 14th Street, the hotel provided a country destination for New Yorkers.  New York was a very fast growing metropolis since the opening of the Erie Canal in 1825, and merchants, most of whom lived downtown above their business, were happy to get away for a day trip.  While nominally a hotel, the establishment was primarily geared toward these day trippers — it  had only two bedrooms, which were generally rented to foreign visitors.

In addition to the guest rooms, the upstairs consisted of a double parlor reserved for the lady guests, where they could play music, sew and read fashion magazines. Downstairs was the kitchen, the dining room, and the men’s domain — a bar and sitting room where men would drink, read newspapers, smoke and play cards.

One of the most striking things about this building is that it is still here at all,  over 200 years later. After its stint as a hotel, the building was bought by Jeremiah Towle and his family who lived there for 70 years. Jeremiah was an engineer who helped Olmsted lay out Central Park and was one of the first park commissioners. Then in 1905, the house and its land was sold to the Standard Gas and Light company, who kept the house but put huge gas tanks behind it, which may have held off developers. In 1924 the house was purchased by the Colonial Dames of America, who renovated and restored the house and opened it as a museum in time for the New York Worlds Fair of 1939. They continue to run the museum to this day. 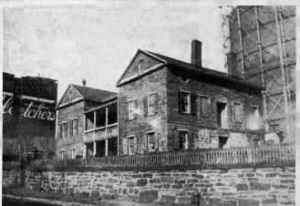 The house in 1932 with the towering gas tanks. photo NYPL Collection. 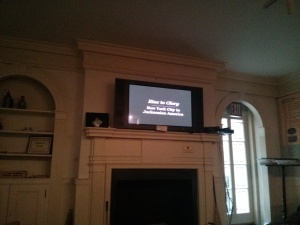 DVD shown before each tour.

This museum presents the technology of the early 19th century, from a bread toaster that goes into the hearth, to the latest in oil lamps and wall-to-wall carpeting, so the only digital technology on hand is the DVD which starts out each tour.