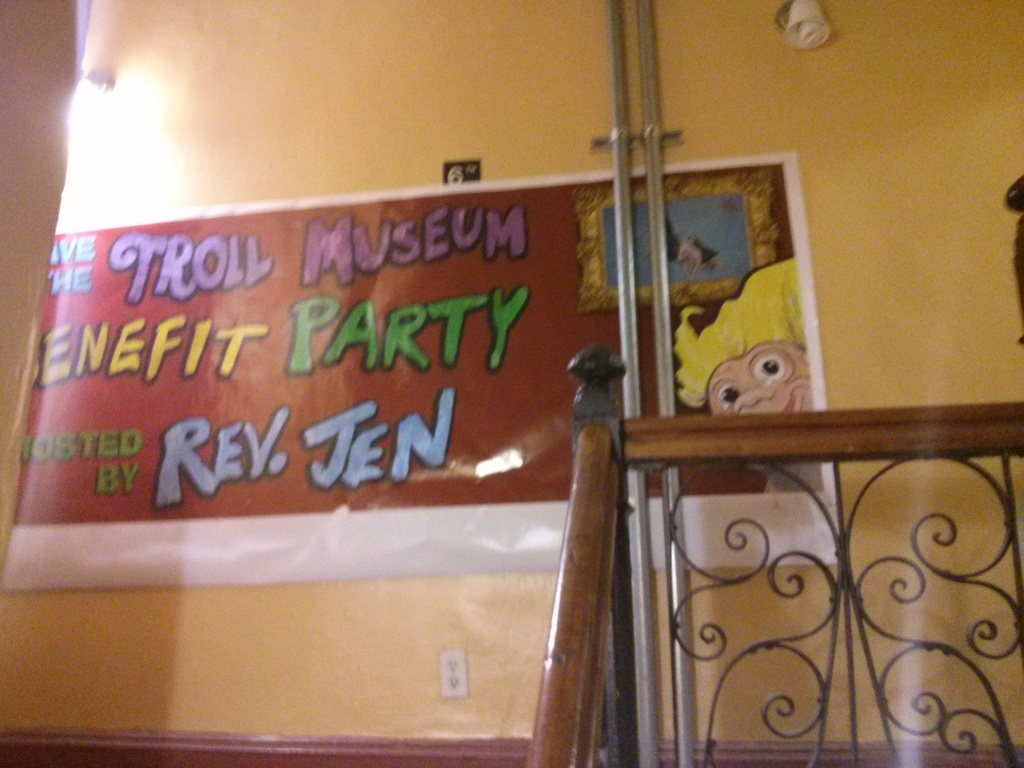 A few blocks from the Tenement Museum in the lower east side, an actual 6 story walkup has been transformed into a museum with hundreds of Troll Dolls, as well as art about said Trolls. The curator/apartment resident is Rev. Jen, cover-girl for weird New York (Timeout New York, April 2014), who was dressed for the occasion in a Rebelette cheerleader outfit and her signature rubber pointy ears. The anniversary show was in fact a rent party, full of art-punks, which reminded me of the L.E.S. of the 80’s and 90’s. 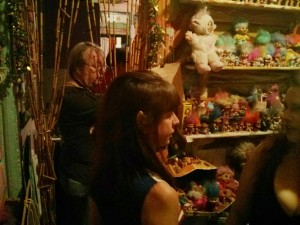 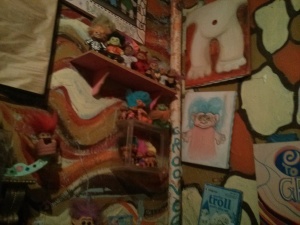 I was offered a dot on a paper square off a silver platter — (actually cut up Candy Buttons, not drugs), as well as well as Sour Smurfs. White wine was served out thimble sized plastic shot glasses that seemed to be Troll Doll scaled.

The painting included a recreation of the illustration of Gulliver being bound by Lilliputians, only with Rev. Jen for Gulliver and trolls, as well as a diagram explaining the different types and brands of trolls. 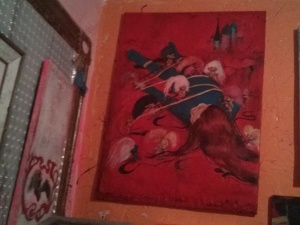 Well what can I say? Rev. Jen had an iPad open to Yahoo mail which she used to respond to RSVP’s (the museum’s address was not published), and a Macbook was playing Bonnie Raitt youtube videos through its own tinny speakers….