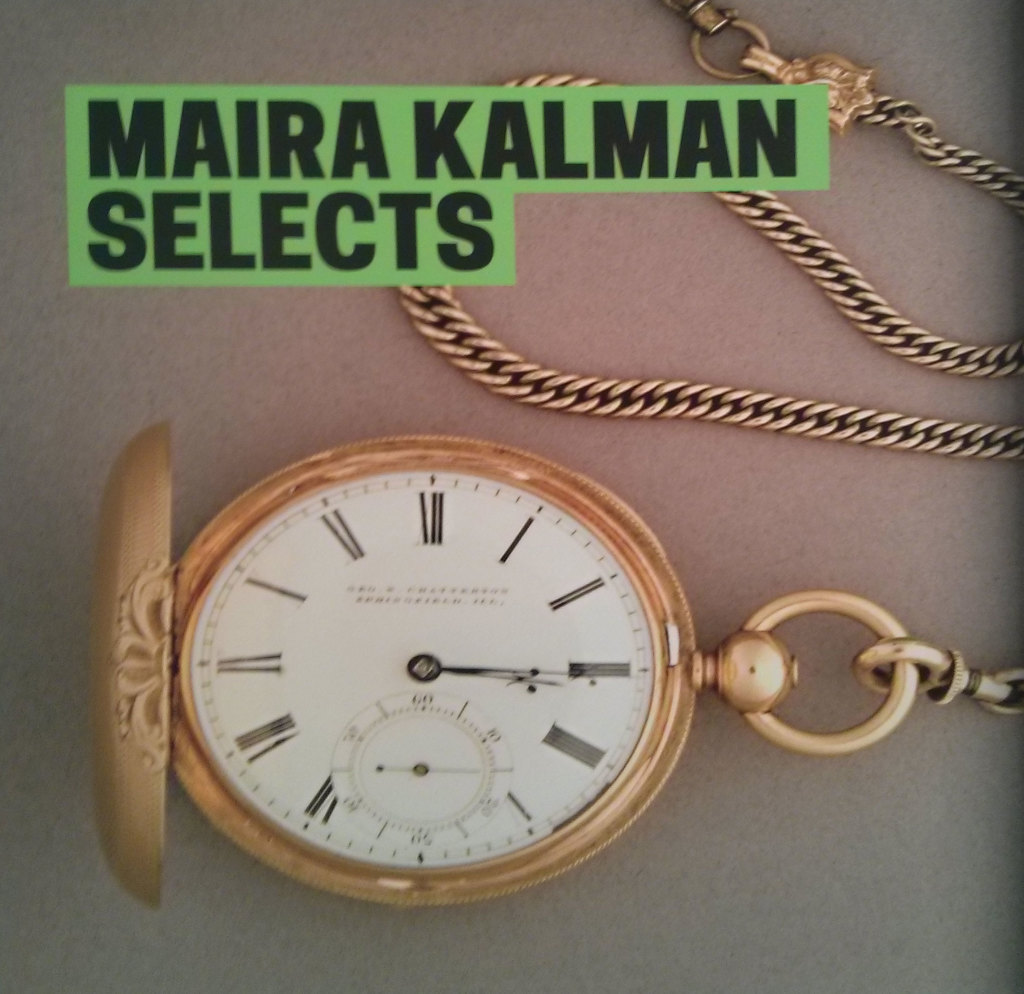 The newly renovated Cooper Hewitt, and this exhibit, is a favorite among all the museums I’ve visited to date – it left me wanting to go back for more. I’ll probably will be going back soon, in between blog posts.

Maira Kalman is an illustrator, writer, artist, and designer. She and her late husband, Tibor Kalman, created M&Co., and she is the mother of Alex Kalman, co-founder of Mmuseumm, which I visited last month. Her wonderful sense of whimsey comes through in this exhibit of objects from the Cooper Hewitt and from the National Museum of American History. Not only does she select and group items in unexpected ways, she creates a narrative by adding hand-written text, turning the installation itself into an art-work.

One grouping has the text “whoever invented the bed is a genius” next to a metal frame bed with a pair of knickers, knee socks, and a 13th century Egyptian cap. 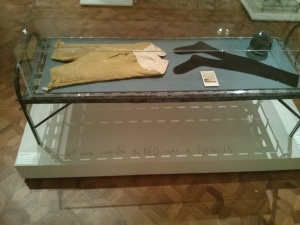 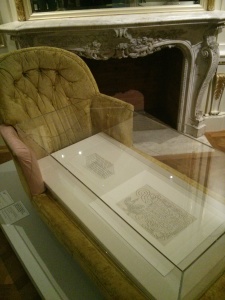 The objects are combined with an almost dadaist sensibility — a chaise holds a glass case which holds a 1933 bracelet and a page from a 1609 calligraphy book Spieghel der schrijfkonste (Mirror of the Art of Writing); Toscanini’s pants are displayed on a stepladder, with a quote from The Walk by Robert Walser. The Gilded Age boiserie of the Carnegie Mansion that houses the museum adds yet another layer to this exhibit (and to all of the exhibits in the museum).

Just the thought of some of the objects, like Toscanini’s pants or Abraham Lincoln’s watch can trigger our imagination before we even look at them. Others, like a late 18th century wine glass rinser are intriguing as objects. 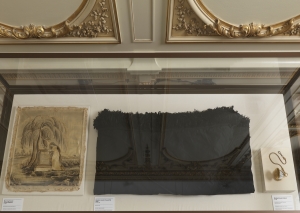 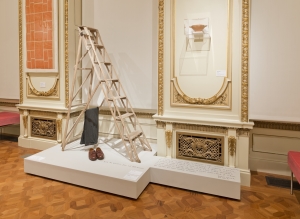 Only a few items like the Bulb lamp or the Bonbonniere and cover are items that one would expect in a traditional design exhibit. 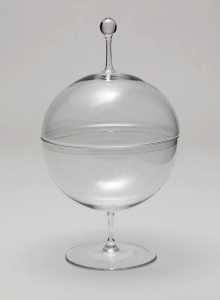 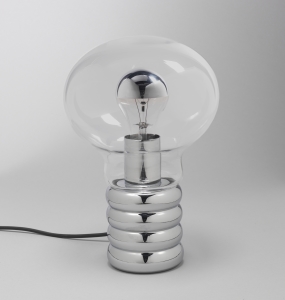 Maira Kalman created a catalog for the show as a children’s ABC book, with illustrations of each object. In it she proclaims “Everything is design”, an idea that is brought to life by a visit to this wonderfully redesigned museum.

Tech Bonus
The newly redesigned Cooper Hewitt has lots of fascinating interactives designed by Local Projects, which allow you to browse the collection in innovative ways and to try your hand at being a designer. There is a touchscreen table where you can design hats and chairs with just a few scribbles, and another where you can search items from the collection matching a line that you draw. In the Immersion Room, a simple paint program lets you create the repeat for a wallpaper design which is projected on all walls. The most innovative is The Pen which will be lent out to visitors, but unfortunately is not yet available due to manufacturing delays. It acts as a stylus for the interactives, but it also allows users to save items of interest to them, which can be retrieved with a unique URL on their ticket. Maira Kalman hand drew a poster to explain its use.