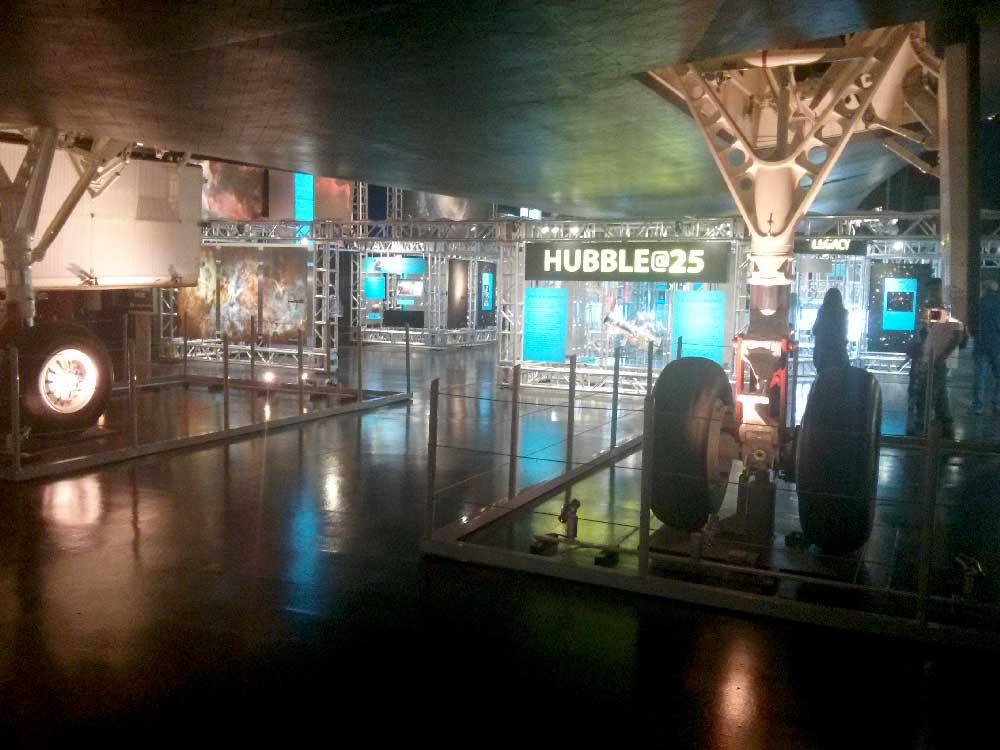 I grew up loving space exploration, and when I saw recently that the Intrepid was having a show about the Hubble Space Telescope, I knew it was the perfect opportunity for me to visit this museum. Then I discovered that the exhibit was actually under the wings and tail of the Space Shuttle Enterprise, and I became that excited little boy again. Coupling the exhibit with the first Space Shuttle, which was in fact named Enterprise after the ship on Star Trek, this appealed both to the nerd and the museum nerd in me. 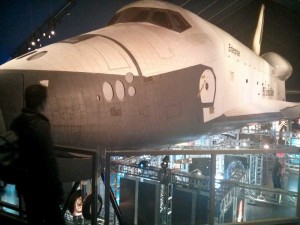 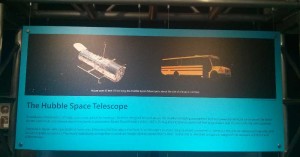 Panel Comparing Size of Hubble and a School Bus

The scale model on display of the Hubble was about the same size as a hobbyist’s telescope, but a panel demonstrated that the real thing is almost as big at school bus.

The Hubble Space Telescope has been up in orbit for 25 years, and while at first, due to a flaw in the optics, it looked like the telescope would only be able to see with a tenth the accuracy it was designed to have, astronauts were able to successfully repair it. Subsequent missions installed upgrades and improvements, and now it is expected to continue to be useful until 2020. 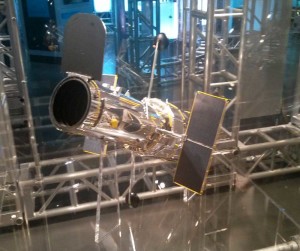 Scale Model of the Hubble Telescope 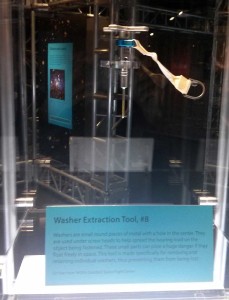 Washer Remover Tool For Use in Space

Much of the exhibit was photos taken by the Hubble, and celebration of the discoveries it facilitated — but the treat for me was seeing the models and artifacts from the telescope and from missions to repair and upgrade it. There were tools like an electric space screwdriver, and a washer extractor, all custom built for these missions. There was even a handle that had to be removed from the hull of the telescope during a repair, and a video of the astronaut breaking it off (no simple feat in zero gravity). You could not see where it had been broken, as the rough edge had been removed by scientists interested in studying metallurgy in a vacuum. 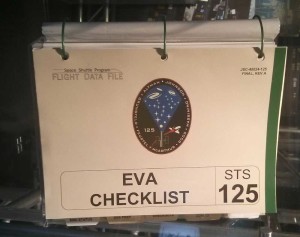 Checklist From Astronauts Mission to Repair the Hubble Telescope

Tech bonus
While the entire exhibit was about technology, both current and from 25 years ago, one thing that stuck with me was a paper binder that was a checklist for astronauts. My boss, the CTO of R/GA, had always taught us the value of using checklists in tech projects, to ensure that every little thing that was planned for actually gets done consistently. It was cool to see the checklist these highly trained scientists relied on in a critical mission.