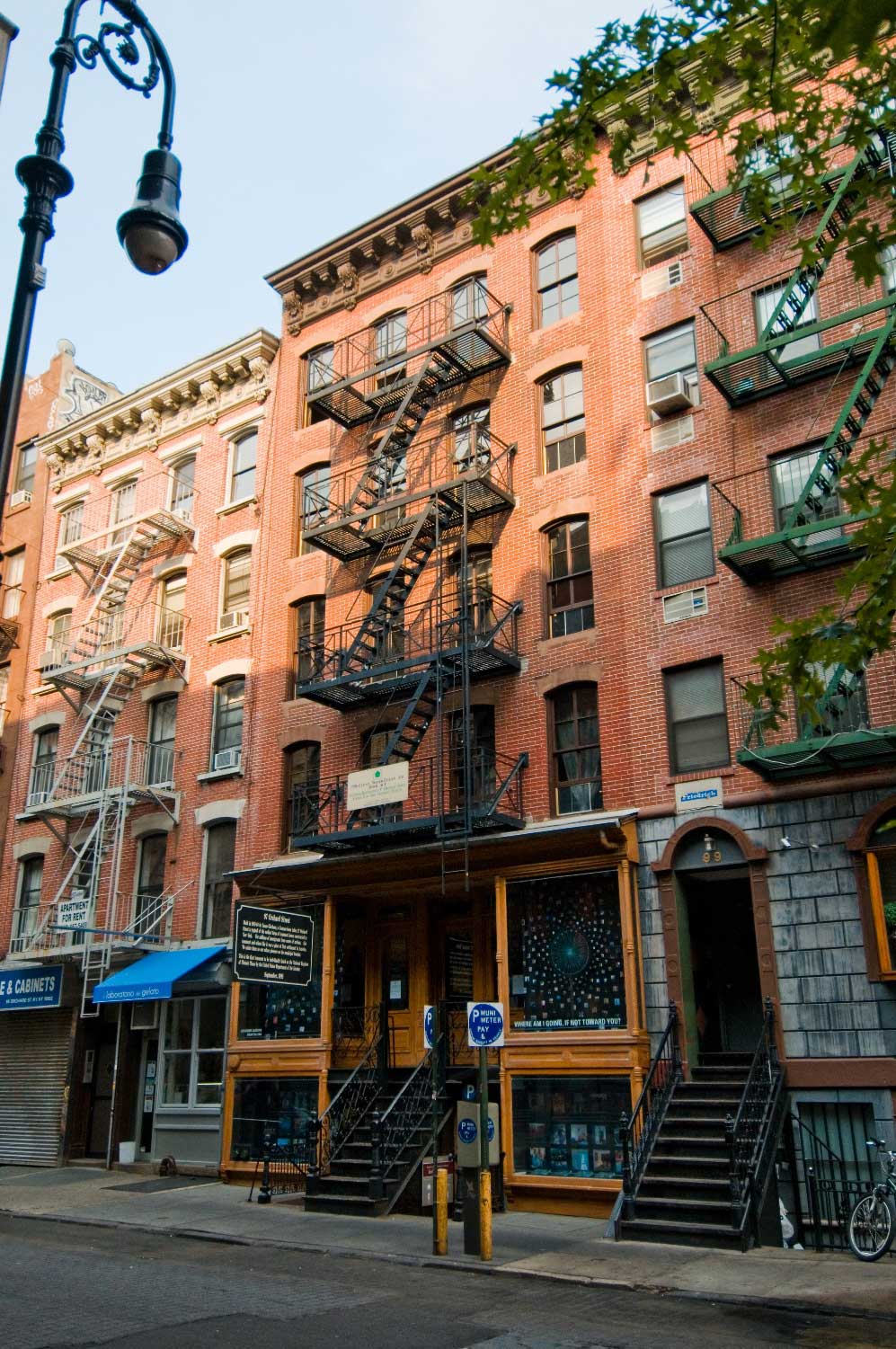 Unlike most Museums, you can’t buy a ticket and wander into the Tenement Museum– you have to book one of 8 thematic building tours, or one of the 5 walking tours or participate in one of 3 experiences with costumed interpreters. I saw a presentation at the Museum Computer Network conference by the Tenement Museum’s Director of Education, Miriam Bader, about the use of technology in the “Shop Life” and I knew this was the tour I wanted to take.

The tour presents the shop space in the ground level of the museum’s tenement building. Part of the challenge that the designers of this exhibit/tour faced was that several shops occupied this space, each with its own story of the Lower East Side immigrant experience. The tour starts with German beer saloon of John and Caroline Schneider, from the 1870’s. The entire north half of this floor is reconstructed as it was in that period. This includes 4 rooms: the saloon/dining room itself (you could get a full plate of German food for 5 cents to go with your beer), the back room, the kitchen, and the proprietors’ bedroom in the back. 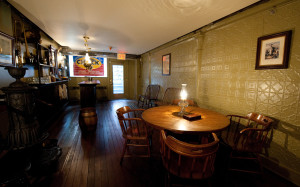 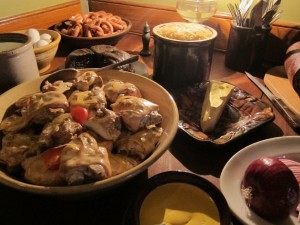 Food at the Saloon, Photograph by Keiko Niwa

The tour guide explained the history of Germans in the area. To engage our group, each of us was given a card with information from census documents about an actual neighborhood resident who likely frequented the saloon. This area was called “Kleindeustchland” (Little Germany) and was home to immigrants from several German speaking countries (hundreds of German speaking kingdoms and principalities were unified into the German Empire around this time). The saloon’s patrons not only included the working men, but, especially on weekends, entire families would come here to eat and drink (the children drank a low alcohol beer).

The back room was used by political and business organizations. The temperance movement was gaining strength at this time, and “blue laws” requiring saloons to be closed on weekends were hurting the businesses. The bar owners, who generally flaunted these laws, could be hit with substantial fines, so they would create a pool to pay these fines. Also the German immigrants organized into “Red Men” organizations, which used Native American iconography (such as feathered headdresses) to assert their “Americanness”. 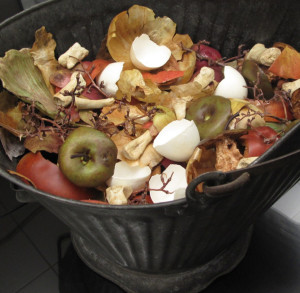 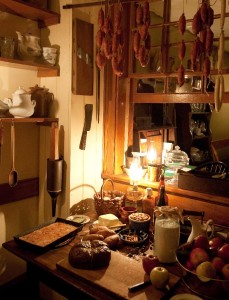 The kitchen was where Caroline Schneider cooked for the bar. It would have been very smokey, which may have contributed to her death of TB. The exhibit included fake food and a bucket of kitchen scraps (unlike at Dennis Severs’ House, where the exhibits included real food).

Finally, we got to the Schneider’s bedroom, which is small but not much smaller than many New York apartments today. But once we realized that this room was shared by the couple, their son Harry and a young barmaid, we saw realized that these are indeed the infamous crowded conditions of the tenements. 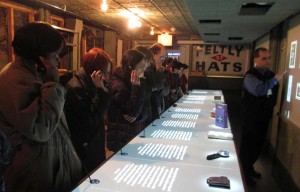 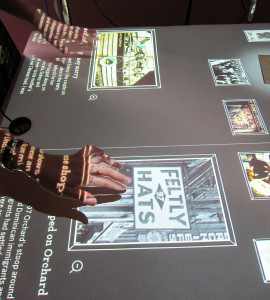 The last part of this tour was what I had been looking forward to.  The German bar was just one of over two dozen businesses that existed in the ground floor of this building. After the Germans left, the space became, among other things, a Kosher butcher, an auction house, and a undergarment store, which flurished until the early 1980’s. The museum decided to use technology in the southern storefront to tell these stories – they converted a 25 foot long shop counter into an interactive tabletop for 15 users. Visitors choose an item off store shelves, and put it on the table, triggering stories from whichever business that the item originated with. Old family photos, videos,maps, and oral histories from the shop owners show up on the table for the visitors to browse. For audio, each “station” at the counter has an old phone receiver. The tour guide has 2 “Smart Boards” he used to explain how to use the table, as well as to show a short video about the shops in this space, and immigrant shops in the neighborhood today. While most visitors could have figured the technology out themselves, the explanation gave us a quick start, allowing more time to explore. This interactive was created with the help of Potion Design, and won several awards.