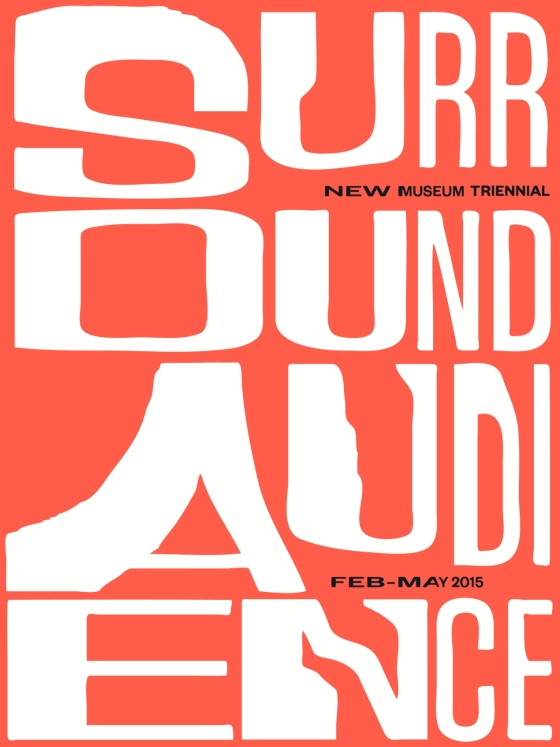 I found this exhibit overwhelming, with so many artists, many showing a half dozen pieces. It was only as I left the museum that realized how much I had enjoyed a number of pieces in the show. I guess I should not be surprised, as I often feel this way at surveys like this such as the Whitney Biennial or the Brooklyn Museum’s Crossing Brooklyn show.

Two things that characterized this show are that the artists were from around the world –“51 artists form over 25 countries”, according to the promotional material — and that many artists were dancers, performance artists or comedians, who are not generally included in galleries and museum exhibits. 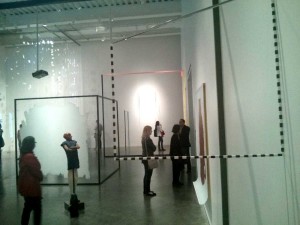 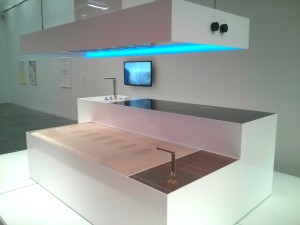 Anyway, here are a few of the artists whose pieces I enjoyed.

José León Cerrilla (Mexico) exhibited a number of works that were metal tubes that framed the dimensional spaces in the gallery. His work reminded me of Fred Sandback’s yarn sculptures. I liked how the art becomes not just the physical object, but also what you see through the sculpture. He experimented with many variations on this theme — in one case his frame was filled with frosted glass, frustrating the expectation that his other pieces had set up.

Another interesting piece was a combination installation, The Island (KEN), and video Reonotopia, by the international collective DIS. The installation was a mashup of a sleek, modern kitchen, with shower heads over a padded bench area, all in luxurious materials. The video was a mock commercial for this product, with a woman lying on the bench getting drenched. Apparently, there is also a performance piece I did not have the occasion to see, where, similar to the video, a fully clothed women showers reclining on the bench, and a man comes and mops up afterwards. These pieces are a comment on the use of sex to sell luxury, and a sort of 21st century version of Meret Oppenheim fur teacup. 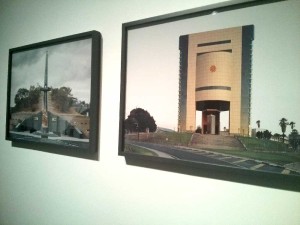 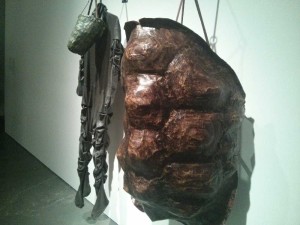 Another set of work that intrigued me was photos and sculptures by South Korean artist OneJoon CHE. He documented a series of monuments in Africans created by North Korea. The Social Realist sculptures and architecture contrasted with the African surroundings and motifs. It was both visually jarring and it made me think about geopolitics in areas that I don’t normally hear about.

Timeless Alex, by Edward Navarro of Buenos Aires, was listed as a sculpture and performance. A beautiful turtle costume for the performance was hung on the wall, and while I did not get to see the performance, it was somehow easy to imagine. 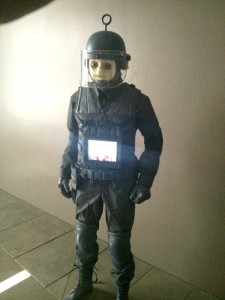 One piece that got lots of attention was Freedom, by the Brooklyn artist Josh Kline. The installation had two parts — there was a video projection of a speech by an actor whose face was replaced by Barak Obama’s using glitchy computer effects. The second part was a SWAT/Teletubbies mashup: mannequins dressed as heavily armed police with Teletubby masks and monitors in their bellies. There were headsets attached to the monitors, which had video of people reciting social media feeds about police violence. All this in as space whose floor was a recreation of the Zuccoti Park. I liked by how the video played a double role in this piece of media content and as part of the sculpture.