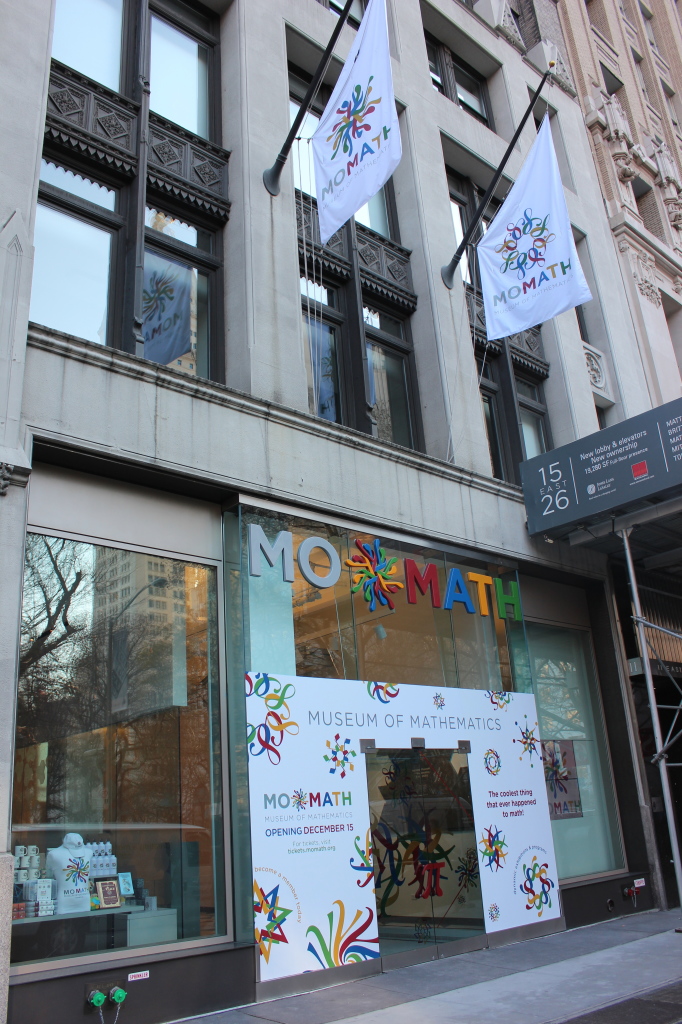 Since math consists of abstract concepts, the Museum of Mathematics can not show “math objects.” Instead, the exhibits are designed to demonstrate math in a way that will engage the visitor. To get the attention of children, the primary visitors to the museum, most of the exhibits are hands-on, fun activities. 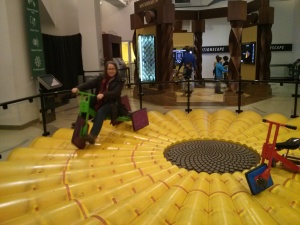 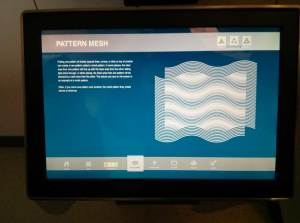 The first thing I saw when entering the museum was the Square Wheeled Tricycle. While the wheels are square, and each a different size, the tricycle still rolls smoothly on the bumpy track because the side of each square is the same as the length of the arc of the bump it rolls over. It made me think “how did they do that?” and the answer is, of course, math.

Each exhibit is accompanied by a touch screen explaining the exhibit and the math behind it. There is a control which switches between 3 levels of explanation, from simple to complex. 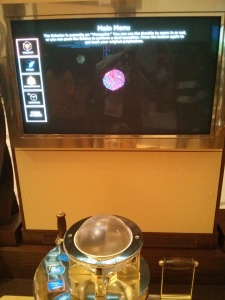 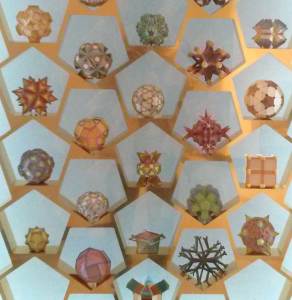 One exhibit, the Mathenaeum, allows you to design 3d objects using simple mathematical principles. The interface is very steampunk — a giant glass ball is your trackball, and a shifter selects different options. The most interesting objects created by the public are chosen to be output on a color 3d printer.

The Human Tree demonstrates fractals in a fun way. A live video of you is projected almost life-size on a screen. In the projection, your arms are replaced with two smaller images of you and where those arms should be 2 more, until eventually each “branch” ends with a leaf. This not only demonstrates the concept of a fractal, but the fact that we see this as a “tree” shows us how “self-same” patterns occur in nature. It was fun to see how the “tree” would move as you moved your arms. 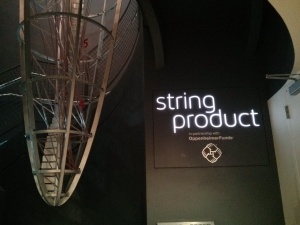 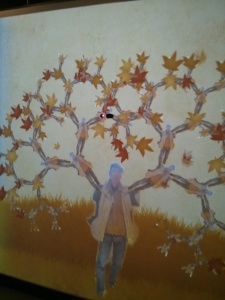 The String Product exhibit demonstrates a unique way to multiply. A 23 foot paraboloid has numbers evenly spaced through the center axis, as well numbers running along the edges. Select any 2 numbers on the outside, a and b, and a string lights up connecting them. The number where the string intersects the center axis solves the equation “a x b”.

One of the exhibits I recognized — the Spun Chair which allows you to roll back but prevents you from falling. It was designed by Heatherwick studios and was included in the exhibit at Nasher Sculpture Center that I visited last Fall. 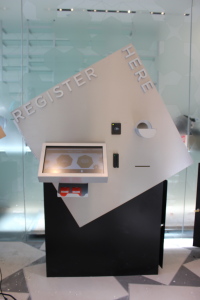 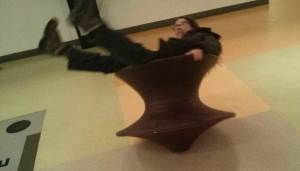 Tech Bonus
Almost all of the exhibits in this museum depended on computers, either for the exhibit itself or for the explanations. Even the admissions desk is a “registration station” kiosk, where you can pay with Google wallet. Instead of a ticket you are given a card. Many of the exhibits recognize the user’s card, which can be connected to their email, allowing them to continue their experience and their learning after they leave the museum.