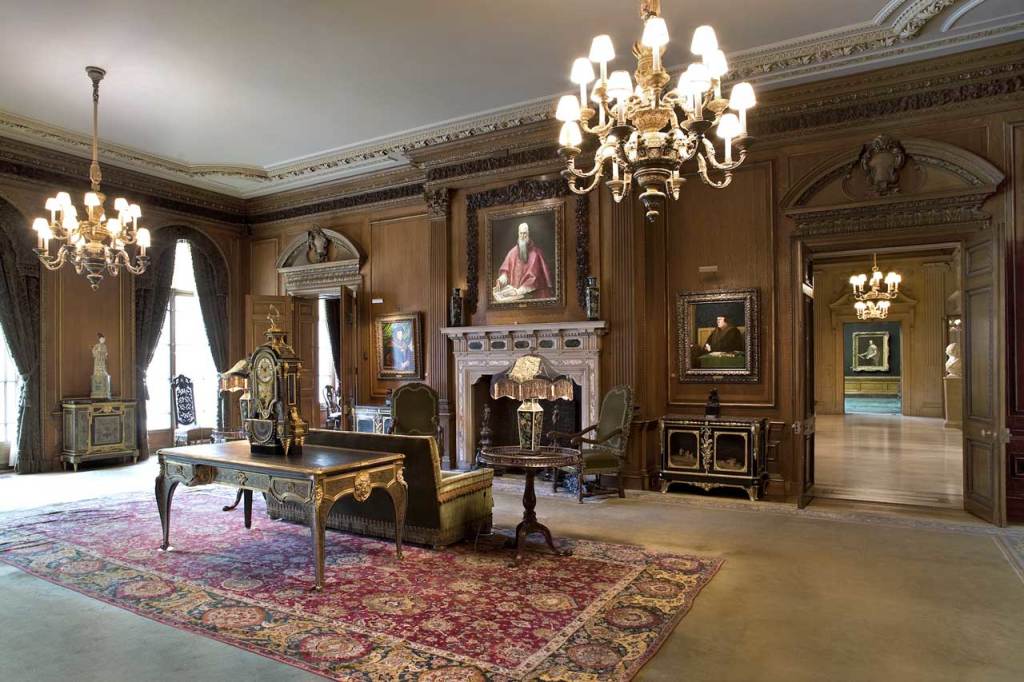 It is almost cliché to call The Frick a “jewel box” but that is the term that keeps coming to my mind. This mansion is filled with some of the greatest works by the “Old Masters”. While this museum is minuscule compared to encyclopedic museums like the Metropolitan Museum, the Brooklyn Museum or the Louvre, every painting and sculpture in it seems to be among the world’s greatest, and I remember several of these from Janson’s ” History of Art” text book from my college Art History 101 class. 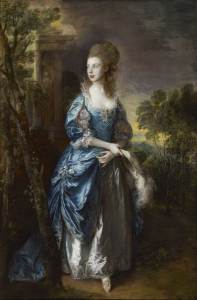 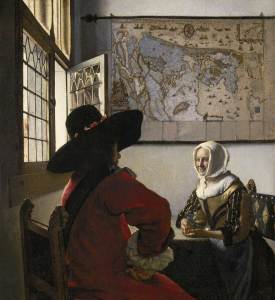 This museum is housed in the turn of the century home of industrialist Henry Clay Frick. Frick moved to New York around 1905, in part because the people of Pittsburgh hated him after the Homestead Steel Strike, where he brought in Pinkerton Detectives who shot and killed 9 workers. 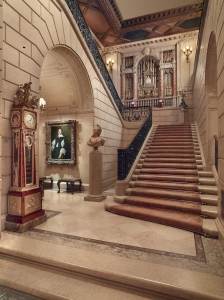 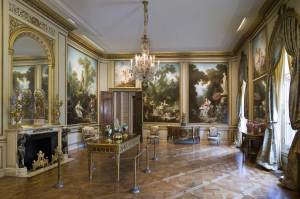 Frick’s house is very much part of the exhibition — visitors come to see the paintings, to see the historic building, and to see how art was incorporated into a residence at that time. The Fragonard Room was custom built and furnished to accommodate the panels that Frick purchased from J.P. Morgan’s estate, after seeing them exhibited at the Metropolitan Museum. Frick incorporated other decorative items from his collection into this room as well as some panelling and curtains he had custom made in Europe. All of this was in the Rococo style, though not from the exact same period. 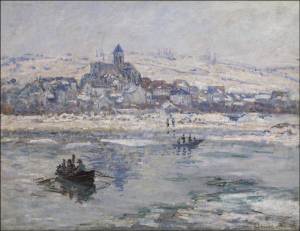 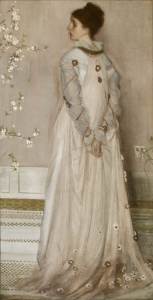 The collection includes some 19th century paintings, such as Whistler’s Symphony in Flesh Colour and Pink and Monet’s Vétheuil in Winter. These are, like most of the artwork, tranquil paintings that do not seem avant-garde or bold. The religious paintings from the 13th and 14th century, many of which were collected by Frick’s daughter after her father’s death, are the only objects that do not give me the feeling of art created for the pleasure of  wealthy people. 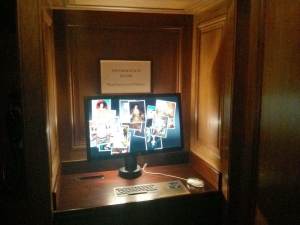 The Frick makes an effort to minimize any modern intrusions into these period rooms. Only temporary exhibits have full wall tags, the paintings in the permanent collection only have a small gilded label on the frame, with only the painter and the name of the artwork. Any additional information is available on the audio guides or the app. There were lots of people using the audio guides, probably a bigger percentage than any other museum I’ve been to.

Also, there it a kiosk for users to find out more about the museum and its collection, but it is discretely hidden behind a door leading to the bathrooms. This kiosk is in a wood paneled booth, with a brass enclosure to the keyboard, so as to minimize the clash with the period experience.

Click here to cancel reply.
Museum of Mathematics
The Cleveland Museum of Art | Gallery One