The Brooklyn Museum | Connecting Cultures: A World in Brooklyn 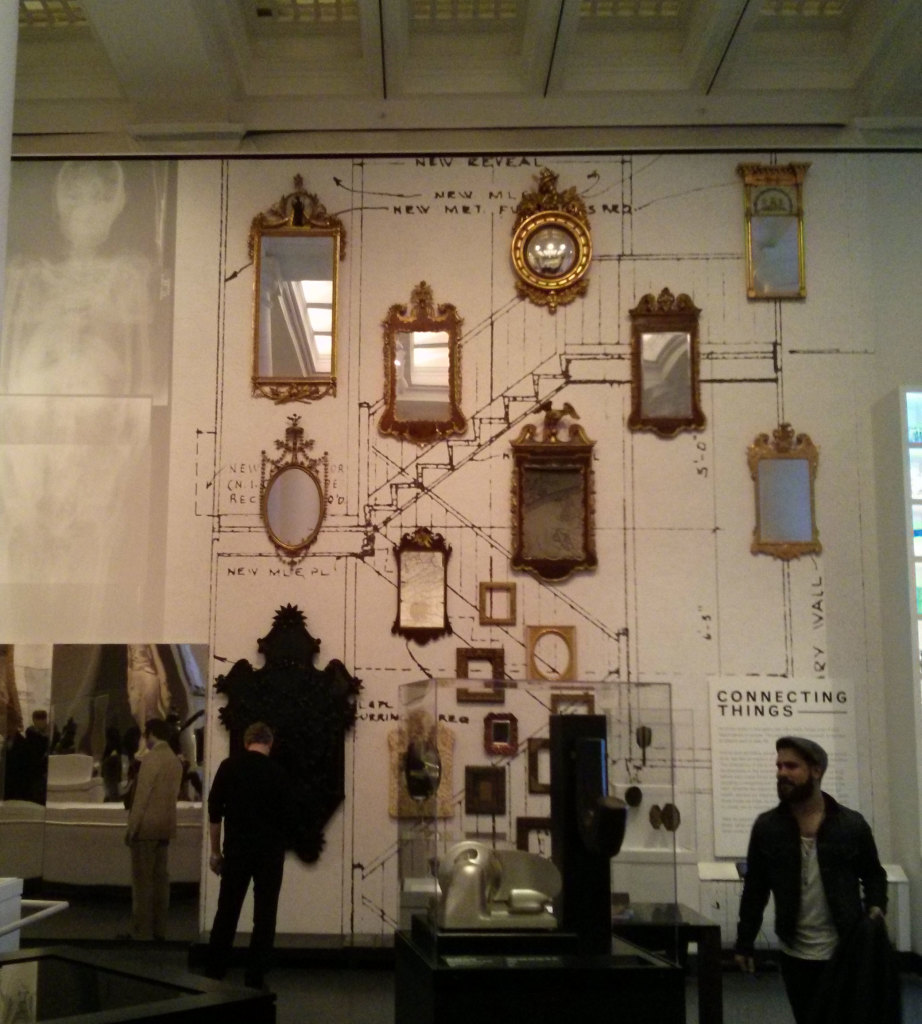 This exhibit is a fascinating mashup of items selected from different areas of the museum’s permanent collection. Traditionally, encyclopedic museums organize their galleries by geography, culture or time period, emphasizing hierarchical taxonomies and identifying distinctions or differences as a key to understanding (for instance galleries for the arts of Africa, ancient Egyptian galleries, Renaissance sculpture galleries, and Modern and Contemporary art galleries). While much of the Brooklyn museum is also organized in this way, this exhibit takes a very 21st century approach of emphasizing connecting rather than dividing. This is puts the curators less in the position of telling the history of objects and more asking the viewer what they see as similar and different between these objects from different times and places. 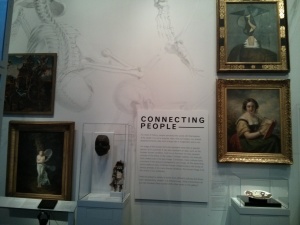 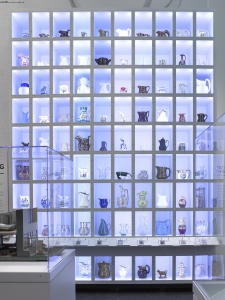 The exhibit in the Main Hall is organized into 3 themes on different walls: “Connecting People” which has a series of portraits, “Connecting Places”, which is primarily landscapes, and “Connecting Things” which is primarily “decorative arts”. One striking display is a grid of 100 pitchers from diverse cultures. While they all have a handle or some other feature to make it easy to pick it up, and some type of spout to make it easy to pour, they are vastly different in shape and design — one is shaped like an animal, others have figurative and non-figurative painted decorations, still others are clear glass.

In other displays, items are put together that are closely related, but might not otherwise be presented together. There is a book by Ed Ruscha called “Records” where he took photos of 30 record covers, that is displayed next to Eric Doeringer’s book “Records” where he collected and photographed the same records, recreating Ruscha’s art. Displaying these together brings up questions about authenticity and originality which both of these artist seem to be engaging with, but the way they are displayed (Ruscha’s books is in a glass case, while Eric Doeringer’s is on a cable and can be browsed) also opens up questions of value and accessibility.

Another wall has a series of Buddha’s from around the world (and around the museum). It is fascinating to think that as varied as they may be, these are representations of the same person.

While this exhibit feels unique in its conception and style, the idea of having a mixture of a museum’s collection on display near the entrance reminds me of Gallery One at the Cleveland Museum, where giant screens organize pictures of the art, not the artifacts themselves. And the Cooper Hewitt’s “Selects” series has a prominent designer, architect or artist select works from the museum’s collection to display in a gallery off the entranceway. I’m hoping to visit and blog about both of these museums soon. 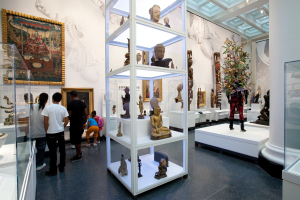 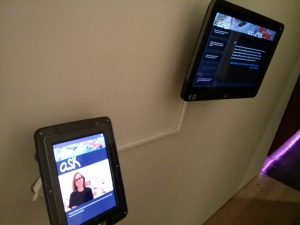