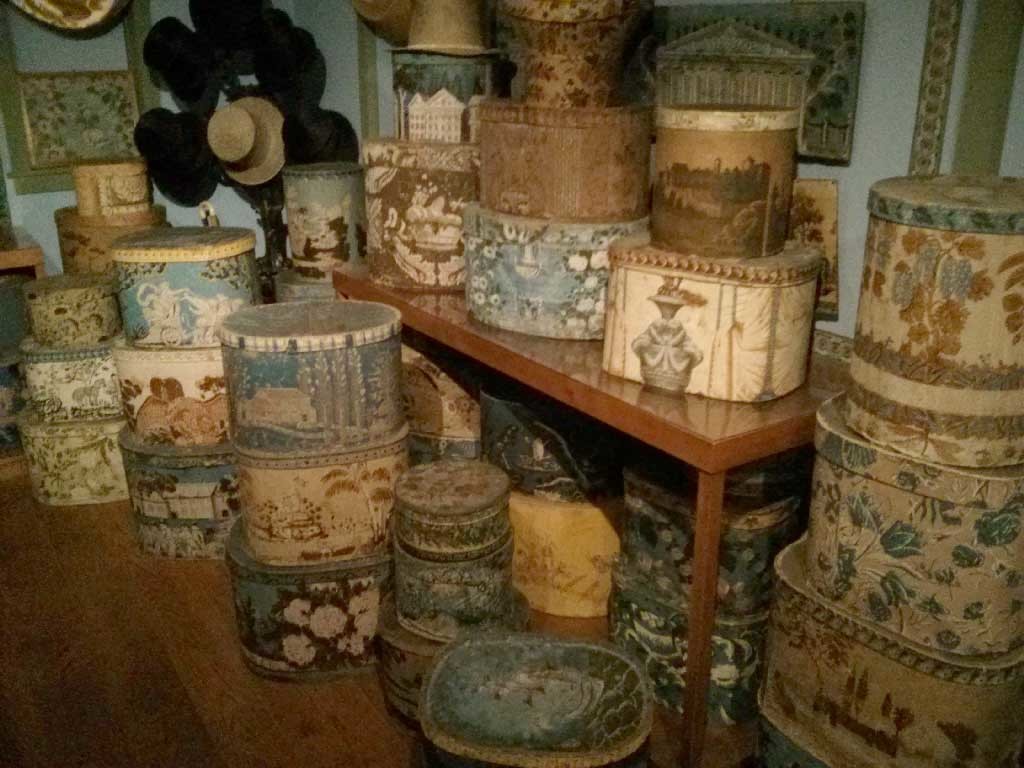 Since I graduated from Middlebury college just 25 miles down the road, and I vacation almost every summer in New England, I’m not sure why I had not made it to the Shelburne Museum until now. This place is huge — 23 buildings on 45 acres. Electra Havemeyer Webb, the museum’s founder, didn’t just collect folk-art, quilts, dolls, decoys, and carriages — she also collected entire 18th and 19th century buildings, which she moved onto the grounds and used to house and display her collections. The museum is so extensive that all tickets are good for 2 days, and we took full advantage. The collection that I found most intriguing was the hat boxes and bandboxes.

Bandboxes were originally boxes for the bands men wore as collars. The term was expanded to describe decorative boxes uses by women to hold items for storage and for travel. The boxes were generally made of wood or pasteboard, and were covered with decorative papers. Sometimes the papers were scraps of wallpaper, other times they were specially designed papers for the bandboxes. Many were sold to women who worked in the mills, who had one or two dollars of disposable income to buy a beautiful box. 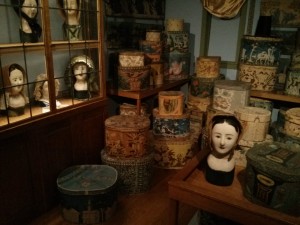 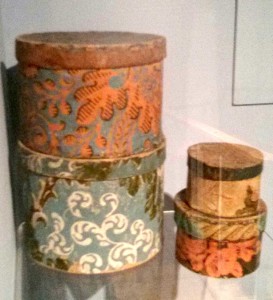 In the mid to late 19th century, Americans began to travel more and more, by carriage, by train and by canal boat, and it became fashionable both for men and for women to acquire bandboxes to use as luggage. As hats were an essential part of both men and women’s wardrobes at the time, decorated hatboxes also became fashionable, for storing and transporting hats. 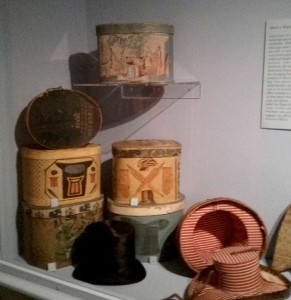 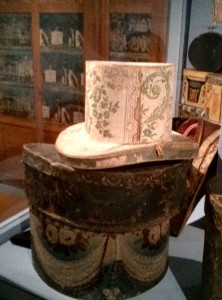 Hatbox in the shape of the hat it would have contained.

Electra Webb did not always keep her collections in authentic conditions as museum directors might today — in fact she took some of her bandboxes and flattened them to use as wall paneling in her apartment. This is ironic, given that they may have started out as wallpaper. When Electra set up this exhibit, she made it look like a milliner’s shop, with hat-maker’s mannequin heads and boxes piled on display counters, and a storefront window display. More recently, some of the bandbox panels from Electra’s apartment have been incorporated into the museum’s bandbox exhibit. 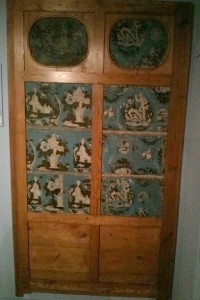 Bandboxes transformed by Electra Webb into wall a panel 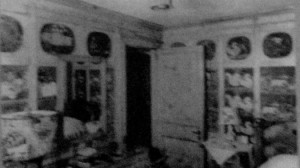